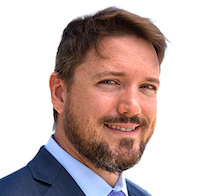 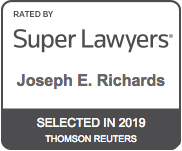 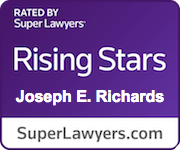 Attorney Joseph E. Richards bears the distinction of being a Certified Legal Specialist in Workers’ Compensation Law by the California Board of Legal Specialization of the State Bar of California.

Mr. Richards has experience handling workers’ compensation cases from both sides, first as an Applicant’s attorney and later as a defense attorney. He has argued in front of Workers’ Compensation Appeals Boards Administrative Law Judges throughout Southern California on wide-ranging matters, including, AOE/COE, liens, threshold issues, and priority conferences. He has also represented clients in mandatory settlement conferences, expedited trials on issues of medical treatment and temporary disability, and trials of cases-in-chief to submission for decision.

Mr. Richards began his solo practice in Santa Ana in May 2014 and now solely represents Applicants in Workers’ Compensation claims. He handles matters from the filing of the Applications for Adjudication to the ultimate resolution of the claim by settlement or trial. Currently, workers’ compensation cases comprise approximately 90% of Mr. Richards’ practice. He uses the most advanced processes and technology in his practices, which enables him to serve his clients accurately and efficiently.

Mr. Richards has the knowledge and experience needed to help his clients understand claim notices and to advise them on the best manner to proceed. He takes pride in fighting to ensure injured workers recover any disability or medical benefits they may be owed pursuant to the California Workers’ Compensation Act. He also helps families who have lost loved ones due to workplace accidents or illnesses recover death benefits, which can help cover burial expenses and replace income lost due to a worker’s death.

Workers’ compensation cases can be complex, and they are typically deadline driven; as such, oversights and delays can have costly consequences, and it is smart for anyone contending with a workers’ compensation matter to hire an attorney. While every matter is unique and no attorney can guarantee results, if you hire Mr. Richards, he will work tirelessly to help you fight for the outcome you deserve.

In addition to representing injured employees in workers’ compensation claims, Mr. Richards advises regarding wage and hour disputes, personal injury tort claims, labor and employment law matters, and disability law claims. For example, he often advises parties who have been denied just wages in violation of California or federal law or who have otherwise been subjected to unfair treatment in the workplace.

Mr. Richards is a member of the Orange County Bar Association Workers’ Compensation Section, the California Applicants’ Attorneys Association, and the California Lawyers Association Workers’ Compensation Section. Additionally, he is a proud member of the Million Dollar Advocates Forum, which is limited to trial lawyers who have shown exceptional excellence, skill, and experience in advocacy by attaining a trial verdict, settlement, or award that is at least one million dollars. Mr. Richards carries the honor of being rated as a Rising Star by Super Lawyers for numerous years in a row.

Awards
Work Experience
Publications & Peer Review
Public Speaking Engagements
Contact Us
Practice Areas
Client Reviews
★★★★★
“I'm glad i choose the Law Office of Joseph E Richards, because they were informative about my case, very professional,and i won my case, i will do business again.” Taletha H.
★★★★★
“Mr. Richards was one of three attorneys referred to me. He was the only attorney that took time to really listen to my situation to determine if he could help me. Mr. Richards is highly experienced, personable, and reassuring. Law Office of Joseph Richards, P.C. is tech savvy. He fights diligently for the best possible outcome for his clients. He handled my case easily. I would, without hesitation, refer my family, friends, and acquaintances to his law office.” Susan
VIEW MORE
Submit a Law Firm Client Review